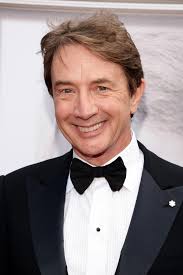 I’ve recently been listening to the Martin Short’s biography I Must Say: My Life as a Humble Comedy Legend.  As the twenty year old at my house said, “Who’s that?”  Martin Short is the kind of actor you may not recognize by name, but if you saw his picture you’d be like “Oh, that guy.”  As Short told Conan O’Brien in an interview (yes, he’s that famous he’s been a regular on Letterman, Carson, and O’Brien), on his tombstone it should simply say “Martin Short: Almost.”  Short said he almost had a big movie career, he almost had a big TV career, and he almost became a popular talk show host like Ellen.  Short was part of the massive comedy movement in the 70s and 80s with the start of Second City and Saturday Night Live.  It all started when Short became close friends with Eugene Levi and Dave Thomas at McMaster University (Yeah, Short is a Hamilton guy), which soon carried him to Toronto where he started to date Gilda Radner for two years (all SNL fans will know who that is) and he became friends with people like John Candy, Dan Ankroyd and Bill Murray.  Before being on SCTV and SNL, Short even worked with and became good friends with Tom Hanks and Robin Williams.  According to Short, both of these actors are exactly what you’d expect: Hanks was incredibly friendly and Williams was hilarious.   Short’s career has actually led him to be friends and acquaintances with most of the major players in Hollywood.  What made me feel better was he said meeting his idols like Frank Sinatra and Al Pacino he was a bumbling idiot, which is what I become when I meet anyone of notoriety. I’ve talked with Zachary Levi a bunch of times and I still couldn’t speak when I saw him at FanExpo a few weeks ago.  Short said this brain lock was limited to people he looked up to before he had achieved his own level of Hollywood success, which meant he was normal meeting George Clooney and Brad Pitt who found their stardom years after him.

Short’s life has been fascinating even beyond his career.  For instance, when he was twelve his mom was told by her cancer doctor that she had only a few days to live, but she told him he was wrong because she still had a son to raise and then she lived another five years.  Among all the great stories, Short teaches an interesting life tool.  For over forty years he has regularly taken a life inventory in order to make sure he’s living the best life possible.  A friend told him to write a self help book on it, but that wasn’t for him (he’s not a dork like me).  Instead, he quickly mentions it in his biography where people like me get to learn from it and use it for our own purposes.  Taking the nine categories, Short gives himself a grade like you would in school.  He maintains that the goal isn’t to be perfect all the time, but to maintain a good average with the good balancing out the bad.  Short uses the American GPA style while I like to use a scale of 0-10, but you can choose whatever method you prefer.

The following are his nine categories with my definitions:

This exercise is obviously very affected by our biases and perspectives, so it might be beneficial to ask a close friend their thoughts on our grades.  Regardless, it’s a great way to consider where we can improve and where we can feel proud of ourselves for living properly as well as being grateful to God for His guidance and support.

May this tool spark some good ideas or be a helpful tool for you as well.